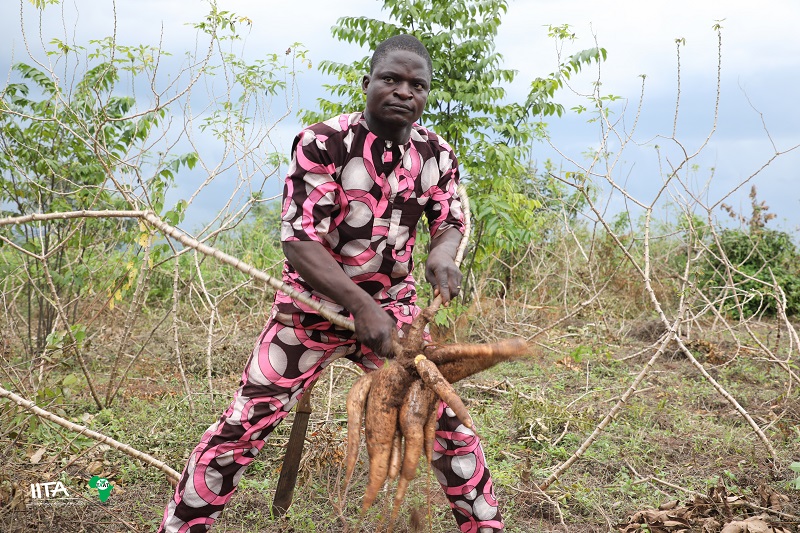 Cassava is cultivated in more than 100 countries worldwide.

It holds the position of strategic crop in many tropical countries. About 229,540,896 million tons of roots were produced worldwide in 2010.

A staple to about 350 million people in across Africa, cassava had been declared in 2003 by African Heads of State as a poverty fighter. In Cameroon, it is a leading crop in terms of annual yield both for cash and food crop categories. It is widely consumed and processed far beyond maize and rice.

However, the crop is yet to prove its mettle as millions of growers in Africa who depend on the crop for their livelihoods are still below the poverty line.

The high demand of both fresh roots and derivative products is barely met, in an African sub-region where Cameroon holds the breadbasket role, supplying more than 70% of the food crops market.

Cameroon currently produces about 500 tons of cassava flour yearly while the annual demand is about 60 000 tons/yearly.

To address these challenges, the African Development Bank (AfDB), through the Technologies for African Agriculture Transformation (TAAT) programme, brought together stakeholders in the country’s agriculture sector to chart a pathway to sustainable intensification of cassava production in Cameroon.

The programme is part of the Bank’s Feed Africa strategy that is harnessing elite scientific research/technologies and disseminating same at scale to African farmers.

TAAT’s main objective is to improve the business of agriculture across Africa by raising agricultural productivity, mitigating risks and promoting diversification and processing in 18 agricultural value chains within eight Priority Intervention Areas (PIA).

The programme increases agricultural productivity through the deployment of proven and high-performance agricultural technologies at scale along selected value chains which include cassava.

The TAAT Cassava Compact, led by the International Institute of Tropical Agriculture (IITA), is presently in 18 African countries.

The meeting held at the conference room of the Institute of Agricultural Research for Development (IRAD) in Nkolbisson, Yaoundé, from the 18th to the 19th of February, 2020.

“The framework we are developing today will supersede those that have been obtained in other areas. Cameroon even with a year delay, is not far behind as the experiences from other countries would help make the process rapid here,” Dr Abass said.

The objectives of the cassava compact, according to the leader, including raising farm-level productivity, improving the efficiency of processing, increasing market opportunities for smallholders, and catalysing private-sector investments.

Some technology packages already been deployed at scale by the compact in other countries are improved fertilizer application; improved

varieties; pest and disease management; mechanization of production; mechanical processing; and use of peels as quality animal feed.

Also, some technologies have been deployed in the compact’s tier 1 countries and these are rapid multiplication of clean planting material, mobile cassava processing unit and a cassava business connector – an application that links actors in the value chain.

In a keynote presentation, Dr Chrys Akem, the TAAT Programme Coordinator bemoaned the fact that Africa is high in population but low in production while the reverse is true for other continents.

“This trend is influencing migration and the scramble for jobs in Africa. To reverse this trend, Africa requires the dissemination of proven agricultural technologies at scale hence the basis for TAAT programme,” Dr Akem said.

“Cameroon has expressed interest in 6 TAAT interventions. Presently, 4 have been approved i.e. Cassava, Maize, Rice and Aquaculture. The other 2 interventions (Orange-Fleshed Sweet Potato and High Iron Beans) will be considered in due course,” Dr Akem added.

Dr. Ngome Francis, Deputy Director General, of the Cameroonian Institute of Agricultural Research for Development (IRAD) expressed delight with quality of deliberations at the meeting which according to him, will ultimately improve the production and transformation of cassava in the country.

“When it concerns cassava, every Cameroonian is eager to hear the recommendations that will contribute in improving the value chain,” DDG Francis said.

Other issues explored during meeting include recent developments on cassava selection in Cameroon, root and tuber crop programme in Cameroon, cassava production and processing by farmers in Cameroon, and overview of the cassava market in Cameroon: demand and supply situation.