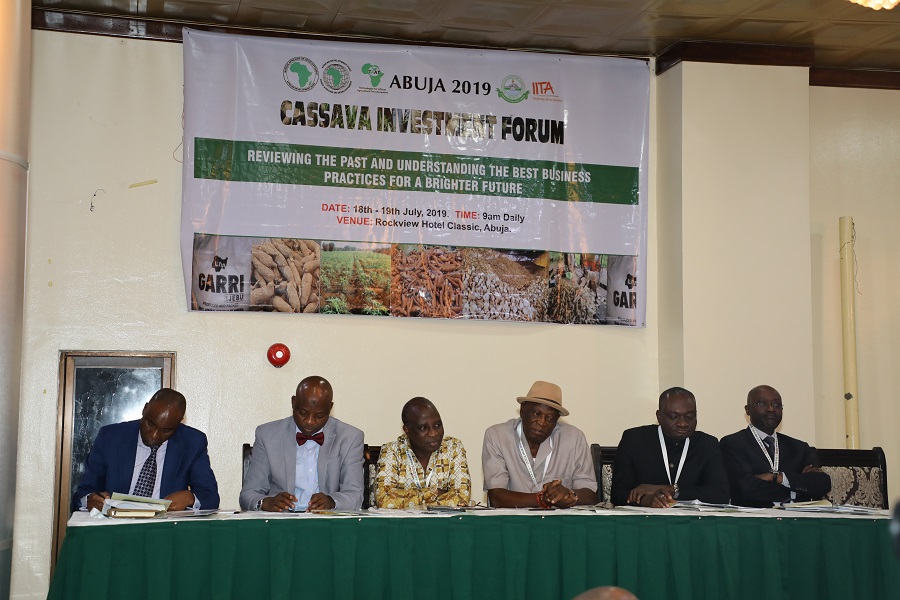 A new initiative by the African Development Bank (AfDB) is unleashing the potential and power of cassava across the African Continent, creating wealth and improving the livelihoods of farmers, and taking cassava to a new frontier.

The initiative—known as Technologies for African Agriculture Transformation (TAAT), is part of the Bank’s Feed Africa strategy that is harnessing elite scientific research/technologies and disseminating at scale to African farmers.

A staple to about 350 million people in sub Saharan Africa, cassava had been declared in 2003 by African Heads of State as a poverty fighter. However, the crop is yet to prove its mettle as millions of growers in sub Saharan Africa who depend on the crop for their livelihoods are still below the poverty line.

Some of the reasons behind the poor performance of cassava and indeed several other crops is poor productivity, low value addition, inability of farmers to access improved varieties and market.

The agro-ecologies where the demos are being implemented in Nigeria cover north-central, south east and south western Nigeria with more than 200 extension agents trained on Good Agricultural Practices (GAPS) in 2018.

With extension agent- farmer ratio of 1: 3000, the 200 extension agents will reach at least 600,000 farmers with knowledge and information on cassava GAPs.

In addition to these, the TAAT Cassava compact has established several platforms and partnerships with leading institutions and groups with a view to upscaling proven cassava technologies across Nigeria. One of these is the Federal University of Agriculture Abeokuta (FUNAAB) which collaborated with AfDB and IITA to hold Nigeria’s first cassava investment forum.

According to Prof Lateef Sanni, Deputy Vice Chancellor, Federal University of Agriculture, Abeokuta (FUNAAB), the forum analysed key elements of a successful cassava investment; what it takes to make investments easy and successful for the intending entrepreneurs and the youth; and to strengthen Business-to-Business linkages among the cassava value chain actors in Nigeria.

Dr. Adebayo Abass, who coordinates the TAAT Cassava Compact averred that the AfDB through the compact is already addressing the limiting factors to cassava transformation using a holistic and multi-stakeholder approach that brings on board researchers, extension service providers, development practitioners, input dealers, information service providers, processors and farmers etc across the cassava value chain.

“The dissemination of nutrient-dense cassava varieties to TAAT Cassava Compact countries would increase the nutritional status of the consumers of cassava products.  Production of HQCF to substitute expensively imported wheat flour in bakeries would increase market access for cassava farmers, reduce foreign exchange expenditure on foods, boost the local economy, increase national GDP and that is why we organised the cassava investment forum,” he added.