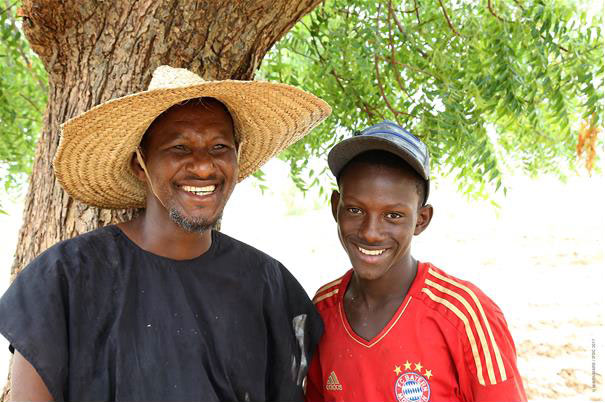 Adopting the fertilizer microdose technology from parent to offspring: Microdose – a sustainable way to emerge dryland farmers from poverty.

SAKAREL is a cosmopolitan village located at 9 km from the city of Mopti in Mali. Mamadou Nadio, 60 years old is one of the leaders in this village. For decades, the traditional practice of broadcasting fertilizer was a job left to the care of children. It then took only 15 minutes for them to apply 100 kg of diammonium phosphate (DAP) fertilizer on 1 hectare of millet.

Low productivity and chronic hunger were a burden problem to solve.

The microdose technology uses less fertilizer at the hill of millet plant. This saves fertilizer, money and significantly increases yield. Mamadou can’t stop thinking of the huge loss of fertilizer and money in past years. “We used to give the bags of fertilizer to the children who spread it on the fly in our fields. Without knowing that in this way, a large part was lost either by evaporation or by rainwater runoff. Our millet plants received only a small portion of the fertilizer applied. But thanks to the training of IFDC, we finally understood that 35 kg of fertilizer could be enough for 1 ha of millet and the yield was high’’ Mamadou said.

This success will make Mamadou the custodian of all the knowledge on the microdose technology.

But it does not stop in such a good way.

Mamadou transmits to his children the microdose technique by saying: “In my lifetime or after my death, do not give up this practice; because the microdose is probably the technology that can emerge from poverty.’’